Yekaterinburg is the largest city in the region of the Ural Mountains and 4th largest city in Russia with population 1.4 million. However, the locals believe that their city is the third capital of Russia after Moscow and St. Petersburg. Whether it’s true or not, it’s worth exploring Yekaterinburg staying for a day or two at the gateway to Siberia. 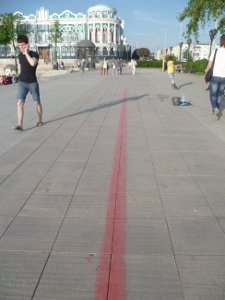 If you travel from Moscow, you’ll inevitably cross the border of Europe and Asia before entering Yekaterinburg. There is not much to see from the train so it’s better to get to the border from the city by taxi or with a guided tour (there’s no public transport going to the border line). The nearest marker on the border is 17 km west of Yekaterinburg. This is probably the friendliest border in Russia, as nobody asks you for an ID or visa. Make sure to take a picture standing with one foot in Europe and the other in Asia. There’s another place on the border with the Tsar’s obelisk 30km from the city. Both are very popular with newly-weds. If you get there at weekend you will see a lot of cheerful wedding parties crossing the border.

Once you get back to Yekaterinburg, it’s time to explore the city which doesn’t look Asian at all. The city is very compact and so is the center, which makes it nice for a walking tour. Find the red line on the pavement in the city center and follow it. The red line is a 6.5 km guide line for tourists. It includes 35 historic objects such as 19th century mansions of the Gold Rush period, Church on the Blood (the site of the Romanovs’ assassination), Opera Theatre, the residence of the Russian President, the Beatles monument, QWERTY monument, Literary Quarter etc. The city has quite a number of interesting bronze sculptures. Most of them are located in front of the old train station (next to the main train station) and on Vainer pedestrian street. You will find a sculpture of Michael Jackson there. I should add here that neither Michael nor the Beatles ever visited Yekaterinburg but they still have many followers here.

Get to the top of Vysotsky Skyscraper (188m) for a good view of the city. On a bright day you can even see some of the Ural Mountains in the North. The viewing platform is on the 52nd floor and it’s open daily from 10am to 10pm. Another good location for panoramic photos is the waterfront view from Boris Yeltsin Street. 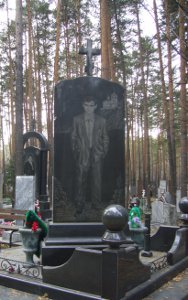 Back in the 1990s Yekaterinburg was notorious for mafia wars. Today tourists eagerly visit mafia cemeteries to see impressive tombstones with full-sized portraits of Russian gangsters. There are two of them in Yekaterinburg: Shirokaya Rechka (any bus to Raduga Shopping Mall passes it) and in Uralmash – the northern district of the city.

Due to the fact that the Urals was closed to foreigners until 1990, travelers don’t know much about the city except for the Romanovs’ gruesome end. To understand the history of Russia better, one should do the Romanovs tour, of course. It includes the Church on the Blood and the monastery Ganina Yama 17km north of the city. The monastery is located in a picturesque pine forest. It has seven wooden churches all built in the traditional Russian style.

Ganina Yama is pretty close to the town of Verkhnyaya Pyshma (14km North of Yekaterinburg) which has a huge Military Museum. Over 100 machines are exhibited outdoors. In the three storey pavilion you will see retro cars from Europe and all types of ladas and bikes from the USSR. The best thing about the museum is that it’s free. Monday is the only day when the museum is closed.

You have an extra day in Yekaterinburg, do the eco tour to the Nature Park Olenyi Ruchyi (Deer Streems) 120km west of the city. It is a good example of the Ural mixed and taiga forests with caves and cliffs along the river. The park is ideal for trekking and rafting. Finally, it gives an answer to every tourist’s inevitable question “Where are the Ural Mountains?” – You can’t see them staying in Yekaterinburg but you will find the mountains in the Nature Park.

To read more about the Urals in English, visit my blog: www.askural.com
To book a tour go to yekaterinburg4u.ru/en 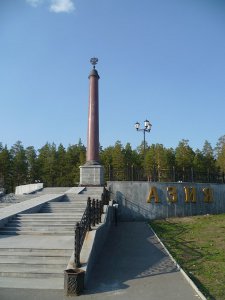 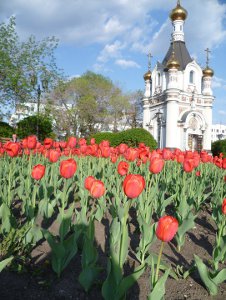 The church of the blood 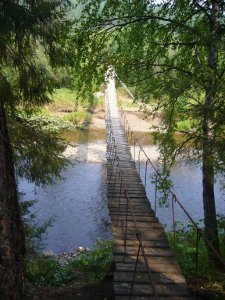